Discovering the next generation of DJ talent

Discovery is a platform for future DJ talent to showcase their skills, in a series of paid public performances throughout Spring. If you’re ready to get discovered, take centre stage and apply now.

We’ve developed a solid reputation for nurturing future talent and helping DJ’s achieve success. That’s why we’re on the hunt for the next generation of up & coming talent, using our industry contacts and experience to help them get discovered.
If successful, you will play at one of our Spring series events, with your set recorded, distributed and promoted for maximum exposure. All successful applicants will have professional headshots taken, and their own dedicated DJ profile page on our website.
Paid Public Performance · Set Recorded & Promoted · Dedicated Profile Page · Professional Headshots
Get Involved

We’ve got a track record of finding and helping future DJ talent, and there is none that we’re more proud of than Josh Newsham. 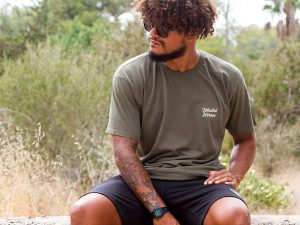 When did you start DJing?

“I started DJ’ing when I was about 18. My first holiday to Ibiza was the year before, and it opened my eyes up to music in a different way. Music was always a big passion but I never had the money to buy decks at first, so I was just jumping on what ever I could find at parties.

Preston is quite small and there was only one place in town that played decent house music at the time, around 2008-10. I used to go to Revs to watch Mark Andjelkovich religiously most weeks, and we had a decent patch of day parties called FNR who were booking people like Clive Henry, Simon Baker and even Jamie Jones.”

How would you describe your sound in 3 words?

What are your favourite venues that you’ve played?

“There’s a few for different reasons, but Sankeys Ibiza is my number one choice. The venue is really special as theres nothing like it in Ibiza. With low ceilings, low light and everyone is in there is there for the same reason. The sound system is unbelievable as well. I’d have to say Bennimussa Park (The Zoo Project) would be a close second; as that was the real eye opener for me in terms of what Ibiza is all about, so to be asked to play there was really special for me.”

How did Glovers help you to get where you are now?

“Well I’ve got a really good relationship with the owners and after going to all these parties that I’ve already mentioned, many had changed hands, changed their music policy, or moved away from Preston; so I felt like there was a hole to be filled and thought ill just do my own thing.

Once I had the space in Glovers, it only took a few weeks for people to notice that house music had a new regular home, and it built up a wicked little following. That developed into creating my party… SoundGround. Following that, my mates got involved and now theres 5 solid local lads on board playing for us (Eldon Audio, Demetae, Mark Kovich, Giulio and myself). SoundGround has now had a 2 year residency at Sankeys ibiza, parties in Sankeys MCR, WeAreFSTVL, and now we’ve just had our 1st summer of day parties that run once a month at ‘The Wellington’ which have turned out to be really good. So yeh the guys from Glovers helped us a lot, and still continue to look after me.” 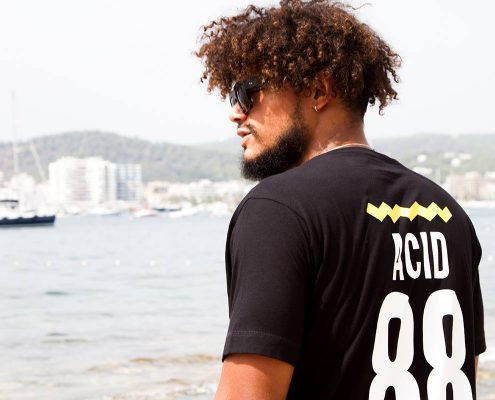 What’s next for you?

“I’ve moved to London so I can really focus on making more music and kind of start again in terms of getting gigs down here. I get inspired easily here and released my 1st track last year with a really respected DJ called DOORLY, who’s also turned out to be a real good friend and mentor. Since then I’ve knuckled down and my 1st EP will be coming out on his label Reptile Dysfunction this summer. I’ve also got 2 singles coming out on ‘Vibe Killers’ label ‘Killer Vibe Records’ and another on ‘Format Music’. In terms of this year in Ibiza I will be taking a step back from full time work to focus more on productions and DJing.”

Keep up to date with Josh’s music on:

Ready to take the next step?

Fill in the application form below, along with a link to your latest mix. Our team will review every application, and if you’ve got what it takes, will be in touch to discuss the next steps.